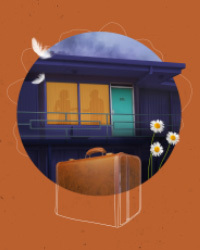 April 3, 1968. Doctor Martin Luther King Jr. retires to the Lorraine Motel, desperate for a pack of smokes and a good night’s sleep after exhorting America to ‘be true to what you said on paper’. Enter Camae, an enigmatic hotel maid with a great deal of information about Doctor King’s future – and the future of the movement he champions.

“Crackles with theatricality and a humanity more moving than sainthood.” – Newsday

Buy To This Event Directions